"When it comes to big cats, it's about vision."

A Leopardess with a Long Shadow – Meet Gypsy 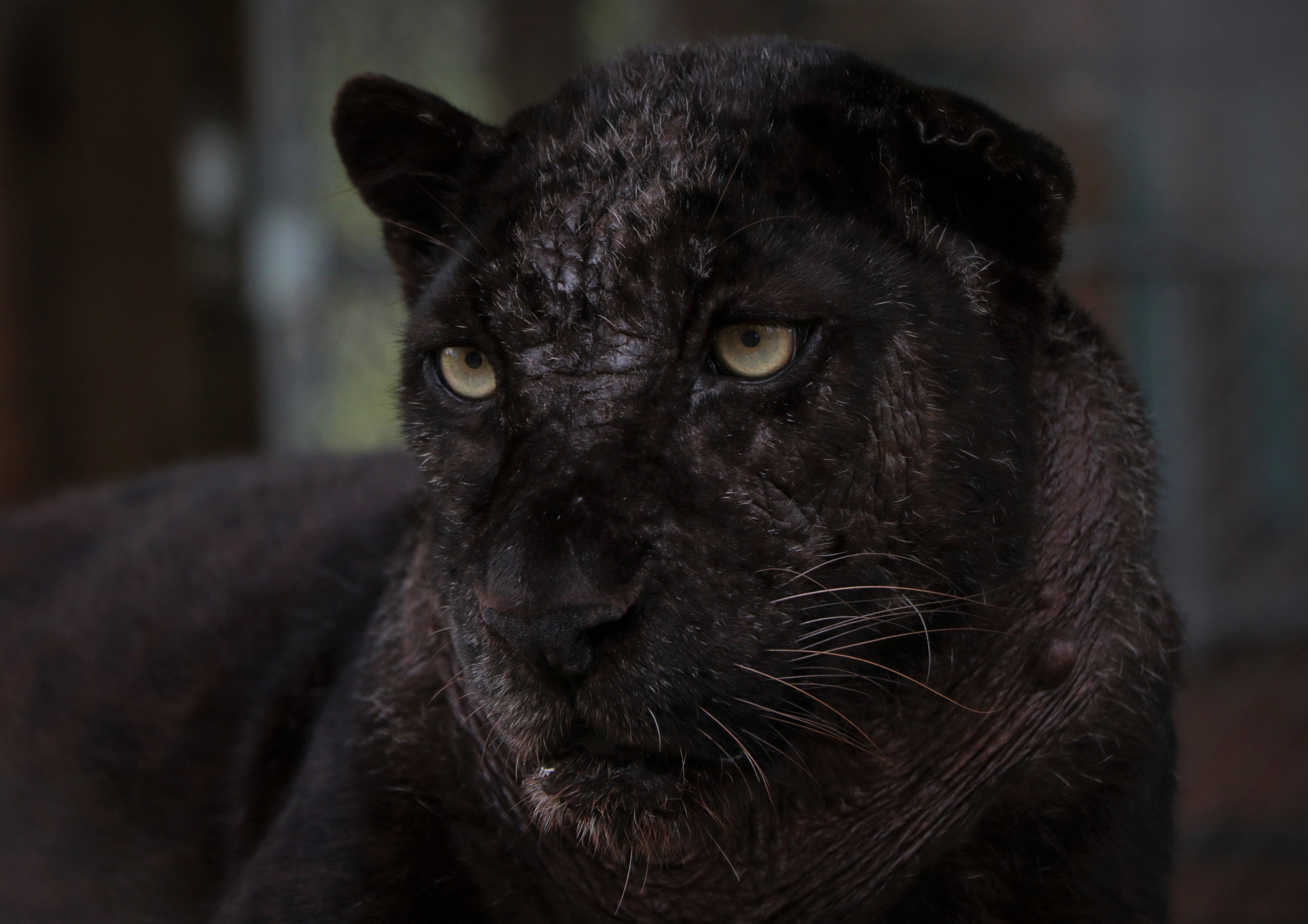 Gypsy’s pattern of rosettes are as unique to her as they are to her personality.

Gypsy came from a facility in South Florida that breeds exotic animals for the zoo trade. This facility was near another facility that bred animals commonly known as prey for leopards. The presence of a leopard so close affected the mating habits of the neighboring facility such that they requested she be removed. Instead of being put down, Gypsy remains with us, surrounded by others cats who are more appreciative of her predatory nature.  She experienced significant allergies, believed to be due to having been kept inside for the first portion of her life.  The resulting itching caused distinctive scarring that requires continued management today.  Most occasions you can find her perched on top of her culvert where she keeps tabs on all the activity of the visitors and volunteers that come to see her.  As one of the oldest residents, she takes time to enjoy the finer things in life…like a good back scratch from a loving volunteer and an occasional dose of fresh catnip.

Gypsy spends her golden years lounging atop her culvert and holding court over all that pass by.

Every dollar that is donated supports Gypsy along with the residents of Central Florida Animal Reserve.  Help us raise awareness by sharing this post!

Learn more about the 3V Campaign!
Hear our Campaign Goals

Join the Pride!
Help us get to know you!

Gypsy can be seen on our Guided Walking Tour, book your tour today!

Stay up to date on everything Central Florida Animal Reserve is up to!